By Caroline Ackley and Katja Holtz

For the last 6 weeks Katja and I ran a medical anthropology summer school as part of the UCL Widening Participation Year 12 Summer Challenge.  Each week we travelled to Thurrock and challenged students to think about the concept of identity in new ways. 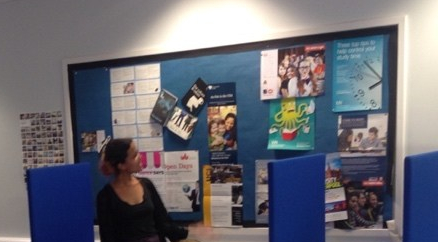 The first week we asked students to consider what makes you who you are? They wrote down what makes them, them on post-it notes and hung them on the wall.  We tried to organise the post-its according to themes like nationality, gender, kinship, and values; and we discussed how they felt being lumped into categories and their identity ‘flattened’.  All of the students said they felt uncomfortable and dissatisfied being defined through separate categories rather than as a complex whole.  We concluded the session by watching Chimamanda Ngozi Adichie’s talk titled “The Danger of a Single Story,” where she describes her journey of finding an “authentic cultural voice.” The exercise and video opened a window into the role of labels and their corresponding identities which we would go on to explore in greater detail in the following weeks.

The second week we considered identity through the body by exploring key concepts like embodiment, phenomenology, Cartesian dualism, and the nature / culture debate.  Katja described her experiences of being mixed race to help us explore how bodily experiences shape our identity and sense of self. Discussing primarily the way that labels (such as ‘mixed race’) act to inform bodily comportment, movement and feeling as well as classification and categorisation. Exploring the way that embodied identities and labels such as ‘mixed race’ are impossible to dismiss because ‘race doesn’t exist’ or because you ‘don’t see colour’.

The third week we tackled gender and sexualities by breaking down the gender binary and discussing the Genderbread person.  We watched Roxane Gay’s talk “Confessions of a bad feminist” and historically contextualised the concepts of gender and sexuality. The students were extremely passionate about the topic, and many shared their own experiences as self-identified gender queer. Being a rather hot topic at the present moment gender really inspired engaged and critical discussion amongst the students who found something clear and common sense in the theories about gender and sexual fluidity while engaging with the devil’s advocates who point to undeniable and confounding biological realities.

The fourth week we analysed how the past influences our identity, specifically through the postcolonial theorist Stuart Hall.  We explored notions of sameness and difference, heritage, and authenticity.  We concluded the session with a lively analysis of Miley Cyrus and critiques of cultural appropriation.  The students concluded that the line between cultural appropriation and cultural appreciation is not always clear, and that we must be conscious and respectful of the histories a person may carry with them. The students brought with them wonderful examples of the dangers of assimilation and acculturation when it is forced and unrelenting, that of russification being particularly interesting. While also highlighting that there must be some commonality, some humanity we share- although what that might be remains unclear.

The fifth week we considered morality and life course development by asking how do we learn who and what to be in the course of growing up?  We analysed stages of life course development in several different societies, as well as the implicit and explicit learning of morals.  The students seemed to most enjoy thought experiments that revealed key influences in their own morality. These thought experiments forced them to confront their morality which is often considered given, but turns out to be rather confusing especially when opinions differ, and how certain similarities and differences might be learned in development.

Finally, in the sixth week we explored political identity through the key concepts of tolerance, hierarchy of belonging, and cultural diversity versus cultural difference.  The student debated whether or not identity is a valuable concept in the context of politics.  The debate eventually broke into a larger discussion since all of the students shared a similar political outlook; one which they claim differs greatly from their parents.

By the end Katja and I observed the students evolve from unsure and shy Year 12 students to lively, curious, and independent students ready to tackle the challenges of university.